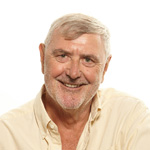 I was born and brought up in Apartheid South Africa, a medieval environment. After graduating from Rhodes University I worked for a short period as a newspaper reporter and high school teacher. In 1966 I settled in London. With “flower power” in full bloom, it was an intoxicating time to be there – so different from my puritanical Calvinist background. Once again I worked as a reporter and a teacher while I co-authored The Dominant Man,a layman’s guide to the human pecking order, which was published in 1972 in five languages.

In 1975 I emigrated to LA with my then girlfriend Suze Randall who had just landed a job as a Playboy photographer. For two years we were on the "gang list" at Hugh Hefner's Playboy Mansion West which meant we could visit as often as we wanted. Sybaritic splendor indeed! Suze and I wrote a frivolous paperback of our experiences there (Suze by Suze Randall, published in 1978) which offended Hefner. We were frog marched out of his mansion. It was like getting the bum’s rush out of paradise!

Click any book cover to look inside,
read a synopsis and/or buy on amazon.com 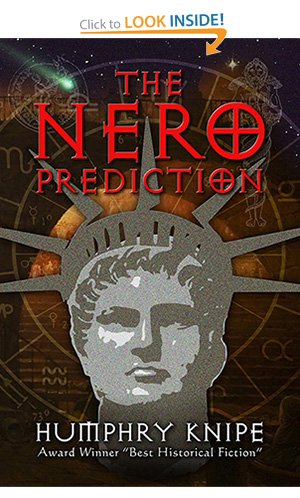 The Nero Prediction was a long time in coming. With his penchant for music and festivals, Nero seemed to the most “sixties” of the Roman emperors and, looking back, I probably wanted to recreate that magical time in a historical setting. However the deeper I looked into the first century the more references I found to astrology. One day the idea hit me like the proverbial lighting bolt. Nero’s birth date and time are known (dawn on December 15, 37 AD) so it must be possible to re-create his horoscope. With this mysterious wheel in hand, anyone familiar with ancient astrological lore should be able to make some very intelligent guesses about what Nero’s astrologer would have been advising him on a regular basis. Since Nero, like everyone else at the time, believed in astrology which, in the words of historian Michael Grant “exceeded every religion in power and influence” this could be an important historical tool in explaining his motives and actions.

So I hired an astrologer who specialized in Greek and Roman astrology to cast Nero’s chart and to teach me the rudiments of this intriguing mixture of superstition and astronomy. After several years of studying Roman astrological manuals (two have survived intact) and casting hundreds of horoscopes, the main theme of The Nero Prediction, the self-fulfilling prophecy, came into focus. It still astonishes me that I appear to be alone in this approach because not only was Nero clearly guided by his horoscope but, as soon as it was leaked, his enemies were guided by it as well which clearly led to his death at the age of 30.

My most recent novel, Napoleon’s Rosebud (2016) was inspired by my great great grandaunt’s affair with the fallen emperor during his exile on the remote island of Saint Helena. This was followed by the Sulby Hall edition of The Nero Prediction edited by David Stansfield with a new cover by Neel Muller. 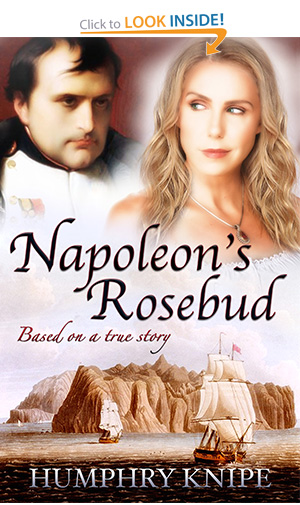 You are the high-spirited 19-year-old daughter of a penniless widow, born and brought up on an isolated, windswept South Atlantic island, a girl with virtually no prospects, when out of the blue the most famous man on earth falls into your lap. Still smarting from his defeat at Waterloo, still the hero of Liberals everywhere, Napoleon has been exiled to tiny Saint Helena because it is the remotest and most easily defended island in the British Empire. But far from being broken by defeat.

Napoleon’s fertile imagination seethes with escape schemes. He meets you on his first evening on the island and instantly knows he has found what he is looking for: someone to set him free.

This clandestine affair between an imprisoned emperor and the island girl he calls Rosebud has a very personal backstory. When I was a child back home in South Africa, my grandfather, who emigrated from Saint Helena in the late 1880’s, often spoke of his family’s acquaintance with the great man. A big print of Napoleon hung on his living room wall. “Remember that we have been touched by greatness,” were his enigmatic last words. When I researched this claim many years later and discovered the Rosebud legend I realized why my grandfather, a Victorian gentleman, hadn’t gone into detail.

When I researched this claim many years later and discovered the Rosebud legend I realized why my grandfather, a Victorian gentleman, hadn’t gone into detail. Charlotte Knipe, said to be the most beautiful girl on Saint Helena at the time, is on record as having been a frequent guest of the emperor and rumored to have been his lover.

Rosebud is my great-great-grandaunt. The “touch of greatness” was Napoleon’s.