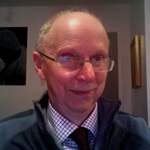 Anthony Barton writes stories harking back to the days of the British Empire when women were the unsung heroes of the Royal Navy.

They were not even supposed to serve, but those in the know knew they did. Barton thinks it is high time those brave women were appreciated, and so, in his Napoleonic saga 'The Harriman Adventures', he follows the career of one such sailor, Corrie Harriman, through her various battles and amours. The first book is called Midshipman Harriman, and the second Lieutenant Harriman.

In his latest novel, Barton recounts a more recent voyage he made in 1951 in the RMS Orcades bound for Australia, and how he met the love of his life. 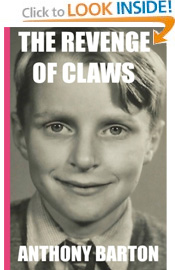 Synopsis: The Revenge of Claws
My voyage at the age of nine from Tilbury dock to Australia in 1951 in the RMS Orcades remains vivid in my mind to this day. After wartime Britain, it was like magic for a child. The snow-white decks. Gibraltar. Suez. Crossing the Line. The journey lasted five whole weeks! And it was all so very British. There was afternoon tea in the Billabong Lounge, and menus with spelling mistakes.

I travelled with my parents. My father was in the Royal Navy. He had been seconded to the Australian navy. My mother, though I didn't know it at the time, was expecting her second child.

I spent some the happiest days of my life roaming the decks of the Orcades. I met some very odd people. One of them was Annie.


Published in association with Bulmer Press

Synopsis: Midshipman Harriamn
You can feel the wind in your face and Napoleon breathing down your neck. Suddenly you’re in the Gulf of Saint Lawrence ready to teach Frigate Captain Jean-Pierre Troude a lesson. But what if somebody finds out who you really are? What if you are wounded in action and carried below to the cockpit? You don’t believe any book could be this gripping? Just read three pages and listen for the cries of the gulls.


Published in association with Bulmer Press