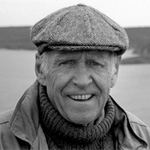 The late Paul Almond produced and directed over a hundred and thirty television dramas. After forty years in film and television, he returned to serious writing. 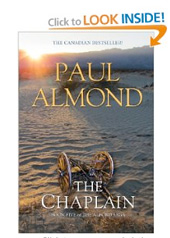 We at Sulby Hall were delighted to have managed to persuade this legendary filmmaker and prolific author (who sadly passed away last year) to publish this fifth book in his The Alford Saga with us. For all eight books, please go to paulalmond.com or fitzhenry.ca the website of Paul's Canadian publisher, Fitzhenry & Whiteside Ltd., Toronto, Canada.
Synopsis: The Chaplain, Book Five of the Alford Saga

The Prime Minister gives permission for John Alford (The Pilgrim) to board a tramp steamer crammed with a thousand young enlistees bound for adventure in the Boer War. They steam across a stormy Atlantic into a year of dusty, disease-ridden battles in South Africa — the first engagement by Canadian Forces on foreign soil.

He and his courageous comrades endure freezing night-long marches and thirst-ridden days as they mount dangerous attacks on Boer commandoes under a blazing sun, turning the tide of war in the great battle of Paardeberg Drift.

He falls in love, but as Chaplain, he must first comfort the dying, tend wounded friends, and with his troops assault the impregnable Thaba 'Nchu, the Black Mountain. This enthralling tale of bravery and self-sacrifice is the first romantic adventure novel set in the Boer War for over a hundred years.